Caught on the net! 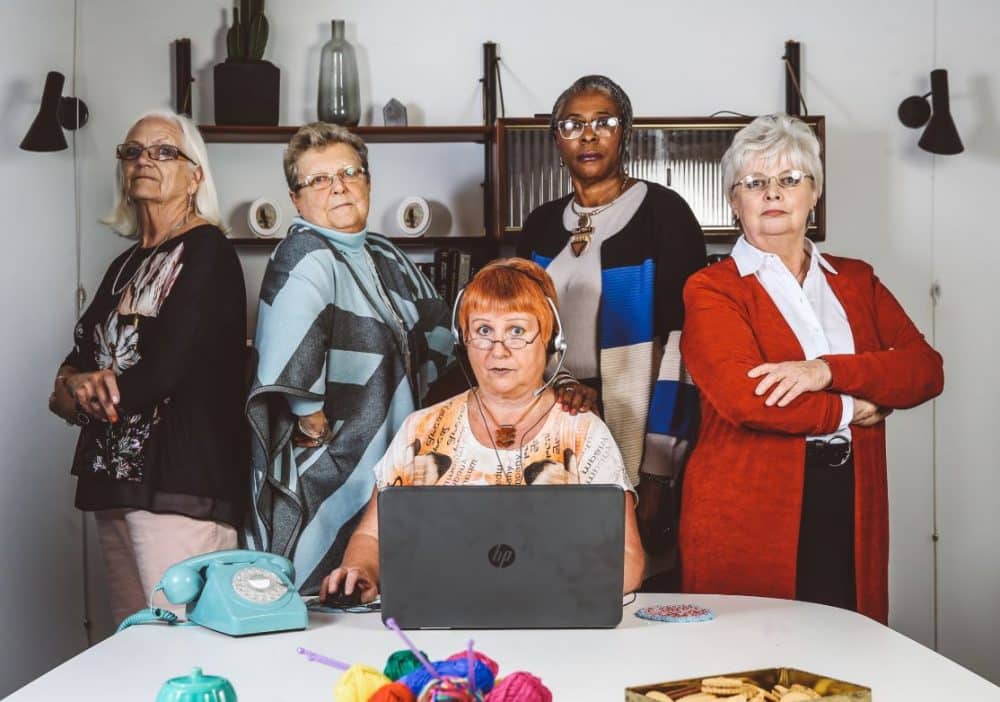 New research produced for this year’s Get Safe Online Week – which starts today – shows that under 25s are now more than twice as likely to be snared by online ‘phishing’ scams than baby boomers.

CHECK OUT THE VIDEO HERE

Tech savvy teens who live their lives online are now more than TWICE as likely to fall victim to internet conmen than over 55’s, a surprising new study shows.

More than one in ten youngsters aged 18 to 24 (11%) has fallen victim to ‘phishing’ scams – where fraudsters access personal details though online communication – compared to just one in 20 (5%) of over 55s, according to the report from Get Safe Online, the UK’s leading source of information on online safety.

Despite claiming to be very digitally aware, millennials and Gen Z cybercrime victims also lose far more money in the attacks, averaging £613.22 compared with £214.70 for the older generation.

In a survey commissioned by Get Safe Online, most people (38%) believed that hackers were likely to be young. The same number believed they were targeted by a large international hacking organisation and almost a quarter (23%) thought that advanced technical skills are needed to carry out a phishing attack.

This could be why over one in ten (12%) millennials don’t believe that the older generation has the skills to phish, and almost the same number (9%) believe it’s ‘only old people’ who fall for phishing scams.

To prove that anyone can get phished – and equally that anyone could be behind phishing – Get Safe Online trained a group of nans, dubbed the ‘Scammer Nanas’, to phish their grandkids and dispel the convictions of a quarter of young people (27%) who believe they are too smart to fall for scams.

Five nanas were recruited from across the UK to learn how to perpetrate a phishing email. Their schooling included faking their email address, creating false links, inventing a fake ‘company’ and writing a convincing fake email. They then put their knowledge to the test and phished their grandkids with emails with fraudulent links – proving that young people aren’t as savvy as they think.

Cyber experts are blaming the rise in teenage and 20-something victims on being more trusting of online communication than older generations.

Evidence from the report revealed just 40% of under 25s say they ‘carefully read and re-read all emails’, in contrast with two thirds (69%) of 55+ year olds who scrupulously check all online communication.

And three times as many 18-24 year-olds than over 55s have stopped using social media or emails as a result of phishing.

Younger people are also more likely to experience longer-term damage from phishing attacks. While only 3% of casualties over 55 reported losing ‘a large amount of money which affected my lifestyle and finances’, a quarter of younger victims’ lifestyle and finances were severely compromised.

Youngsters were ten times more likely to suffer mental health issues after being targeted, with 29% saying the crime attempt impacted them compared to just three% of over 55s.

But despite the increase in young cybercrime victims, older Brits (47%) are still more likely to be targeted by online criminals compared to their younger counterparts (36%).

Overall, nearly half of fraud reported in the UK is now committed through cybercrime, according to data collected by the National Fraud Intelligence Bureau (NFIB). Half (49%) of all Brits have been targeted, with 8% of the UK population falling victim to the cybercriminals.(1)

The research also looked at the frequency of phishing, revealing that almost two thirds (64%) of people have received a phishing email within the last year, and one in five (19%) within the last month, as cyber gangs step up activity. Worryingly, one in ten (10%) has been targeted upwards of ten times.

The report showed the most common phishing con is a fake email claiming to be from a bank or other financial organisation, asking for consumers to change or verify their login details. Over half (51%) received this type of email, followed by 33% who were sent an email from a company asking them to update logins or provide account details.

Tony Neate, CEO of Get Safe Online, said: “There’s a common misconception that as ‘digital natives’ younger people are savvier and safer online. However, as our report shows, this isn’t the case. When it comes to staying safe from cyberscammers, older may actually mean wiser.

“So to help youngsters gets safe online, we trained a team of Scammer Nanas to show just how easy it is to phish for information and carry out such a cruel and life-impacting crime. We hope our nana scam gang will make young Brits think twice before handing over their information.”

Sue Parker-Nutley, one of the Scammer Nanas added: “The internet is a wonderful thing – it’s helped me to stay in touch with friends and family. However, it’s astounding how easy it can be for online fraudsters to succeed in their efforts – if I can do it, then anyone can.

“However, there are some really simple things that you can do to protect yourself – like turning on your spam filter or never clicking on links or attachments if you’re suspicious. It’s not difficult and it could save you a heap of trouble down the line.”

Official figures from the NFIB show 152,583 cyber-enabled and cyber-dependent crimes were reported to Action Fraud in the last year. But real numbers maybe far higher, with just 27% of the 1,500 Brits polled for the study reporting their own experiences.

When asked how they dealt with the unwanted emails, over a quarter (27%) reported it to an industry body and the same number to their email provider. However, one in ten (10%) ignored it, one in 16 (6%) panicked and one in 33 (3%) even bought a new laptop in response to being targeted.

Additional data has been supplied by the following

By Get Safe Online