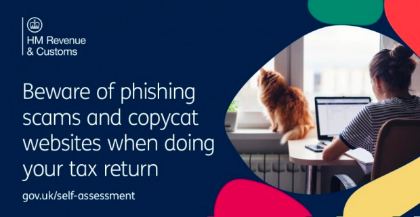 An asylum seeker has today been sentenced for selling ineffective medical devices over the internet.

For more information on the dangers of using unlicensed drugs and medical equipment, and how to report them to the MHRA, click here

Admare Jinga, 31, from Zimbabwe, supplied a machine and an accompanying medicine that he claimed cured and killed HIV/AIDS. The machine was in fact a TENS machine used for pain relief, transmitting an electric current to stimulate the nerves. The product contained weights and the gas that was sold alongside it was flavoured oxygen. Jinga had claimed that the attached tubing and vial contained nano silver, whereas in fact it contained only water. His company – Savec Health Systems Ltd – was selling the kits online for £149, with the accessories priced at £29.99.

Jinga was ordered to serve 240 hours community service and pay over £900 costs in the first ever prosecution of its kind for the Medicines and Healthcare products Regulatory Agency (MHRA)., having pleaded guilty in June to the sale and supply of an unlicensed machine. The charge was brought under Section 2 of the Fraud Act 2006.

The MHRA investigated the case in early 2009 and issued a warning for people to be aware of internet sites claiming to have a medical device that cures HIV/AIDS among other ailments. The regulator worked alongside the Department of Health, Social Services and Public Safety (Northern Ireland) and the police.

John Wilkinson, MHRA Director of Devices, said: “Our investigation revealed that Jinga was was purely and simply running a scam over the internet. His machine could not diagnose HIV infection or kill the virus. This man is a criminal, not a healthcare professional, and all he wants to do is take money from vulnerable people. Cases such as this serve to highlight the dangers associated with purchasing medical devices as well as medicines over the internet.”

Mr Wilkinson continued: “If anyone is concerned that they have purchased this machine then please speak to your GP or pharmacist. If people are going to use the internet to obtain a medical device, we urge them to research the company, phone the referees and testimonials, and if possible speak to real people who have purchased the product and are happy with the result. People should buy medical devices that have a CE mark. A CE mark means that the device meets the relevant regulatory requirements and, when used as intended, works properly and is acceptably safe. There are no known cures for HIV so any claim to this effect is illegal”.