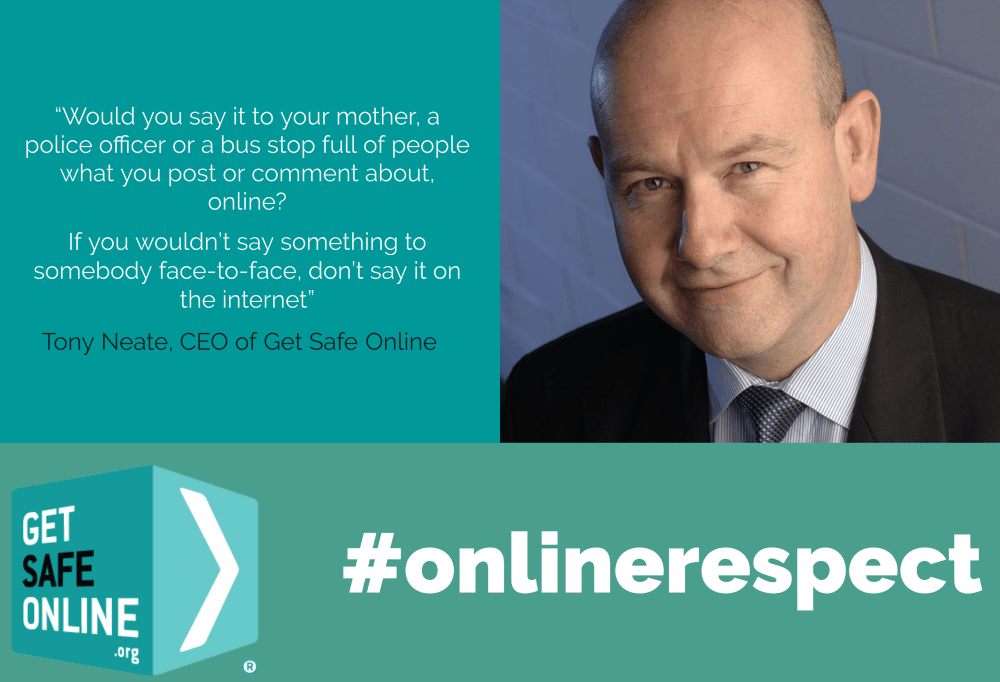 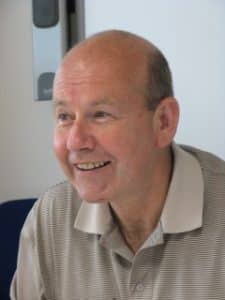 Get Safe Online applauds all of these and numerous others, of which there are far too many to mention here. In fact, online respect crosses all these areas. From racism to terrorism, homophobia to misogyny, bullying to harassment … all are hugely negative behaviours which can cause untold damage.

This year’s Get Safe Online Week focuses on respect. If we all had more respect when online, then these problems that we see on a daily basis would be minimised. My personal feelings – not just as a CEO of Get Safe Online but as a husband, parent and grandparent – is that if we thought about our words before we said them, we would be in a far better place. Think, would you say it to your mother, a police officer or a bus stop full of people what you post or comment about, online? If you wouldn’t say something to somebody face-to-face, don’t say it on the internet. Not because you think they will retaliate in some way, or think of you as a coward or ‘keyboard warrior’, but simply because it’s the wrong thing to do.

There’s an old saying: “sticks and stones will break my bones, but names will never hurt me,” which I have never really thought was true. The decline in mental health – which every healthcare professional will agree has increased due to issues that we see and read online – has had a dramatic effect on all of us, from adults who have severe mental illness and are on permanent medication, to children who frequently need to undergo counselling or at worst, tragically resort to taking their own lives.

But lack of respect isn’t just about deliberate behaviours, but thoughtlessness. Like not thinking about the effects of your actions or words on other people. Not considering their privacy before sharing personal information about them. Even not thinking before posting photos of your children on social media. They’ll soon have a big enough digital footprint without your help.

We cannot force people to show respect online any more than we can prevent insults, shocking behaviour and thoughtlessness taking place in society generally. However, Get Safe Online is determined to make a difference, to highlight the attributes and benefits of respect both online and off.

We can’t do it on our own, but together we can make a difference.

Let’s respect everyone online, and spread the good word.