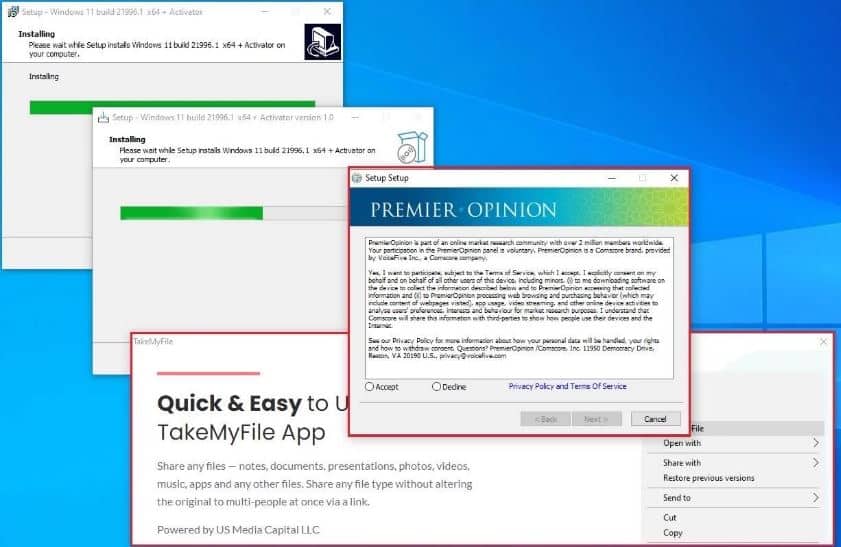 We are warning Microsoft Windows users to be on their guard against offers of preview versions of Windows 11, the next version of the ubiquitous operating system.

Kaspersky, the cybersecurity and antivirus software vendor, has flagged up the problem after detecting fake installers which are actually laden with malware designed to install and run other applications in the background, without the knowledge of the user.

Rollout of the eagerly anticipated next version is scheduled to begin late this year, continuing into 2022. Many users have signed up to Microsoft’s Windows Insider programme to be amongst the first to try out the preview versions.

According to Kaspersky: “Kaspersky products have already defeated several hundred infection attempts that used similar Windows 11–related schemes. A large portion of these threats consist of downloaders, whose task is to download and run other programmes.

“Those other programmes can be very wide-ranging, from relatively harmless adware, which our solutions classify as not-a-virus, to full-fledged Trojans, password stealers, exploits, and other nasty stuff.”

The statement continues: “Download Windows 11 from official sources only, as Microsoft advises. So far, Windows 11 is officially available only to participants in the Windows Insider programme that is, you have to register. You’ll also need a device with Windows 10 already installed.“

If you receive a random notification that you can try out the preview versions of Windows 11, clicking on ‘Agree’ will instantly start downloading and installing malicious files, causing a serious threat to your data and, potentially, your device.

Unless you have signed up for Microsoft’s Windows Insider programme, do not click on any links or attachments claiming to be offering preview versions, and delete the notification straight away.